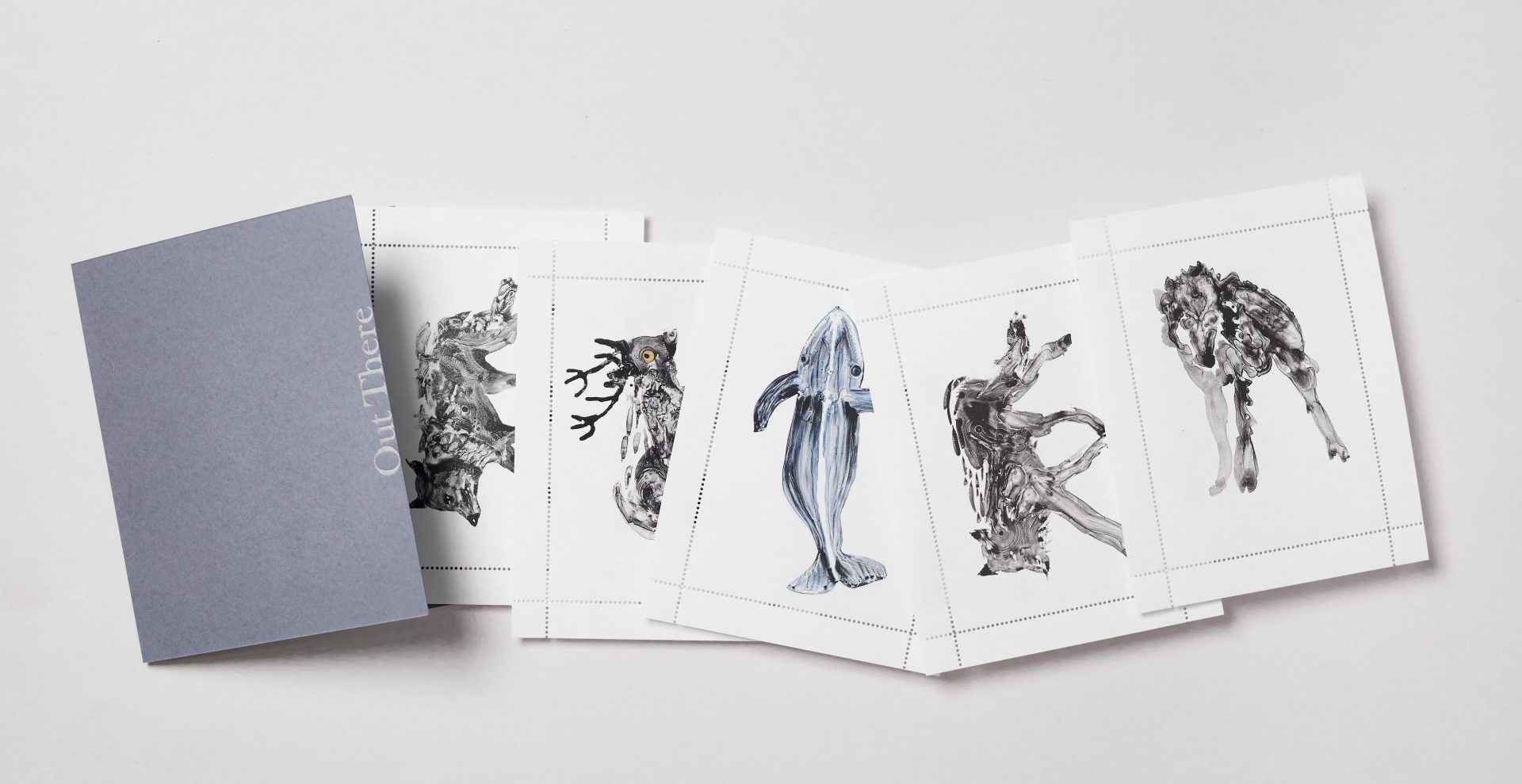 Vanessa is a filmmaker and visual artist working in experimental and poetic documentary forms. Her iconoclastic work embodies her lifelong interest in landscapes, transformation, and all sorts of borders. She lives and works as an uninvited guest on the traditional territory of the Chinookan peoples, now known as Portland, Oregon.

I designed a return address rubber stamp for my production company, The Oregon Department of Kick Ass, with the help of Sean Tejaratchi of Crap Hound and Liartown fame. It was made to be a decorative shape in the corner of the envelope, the Kick Ass logo, which we added my physical address as a circular border around it. I liked the idea of using my logo on the envelope, as it has a horse and rider on it, and kind of could be loosely tied into the pony express imagery. I just learned that the bugle that is on the Deutsche Post was an actual bugle that the mailman would blow when he was arriving in your area to deliver the mail. I have been blessed with having amazing mail people (except for one uptight grump) since I moved into this house thirty years ago,. My first mailman hand wrote me a letter welcoming me to the neighborhood and offering to put stamps on if I was ever short stamps, and I could pay him back! My current mailman, perhaps the best mailman ever, Fred, has expressed interest in getting a bugle to blow at his arrival on each new street. I guess the electronic beep of the delivery scan machines is the new bugle. My dog Rankin Crow loves Fred, and when he heard the electronic beep as we were walking about in Santa Fe last year, he got all excited that Fred was close by. The new Pavlov’s bell, the law of temporal contiguity.

I love writing and receiving snail mail and really get into the presentation of the envelope. A ritual I have is that I can’t write the letter unless the envelope is done first. The vessel has to be ready to receive the missive. So, lots of care goes into my envelopes, rubber stamps, lick stamps, stickers, colored ink, washi tape, collages and usually a piece or two of dog hair, unintentionally, if I am taping things to the envelope, or covering the address in clear tape. I also know that the love that goes into making those envelopes so beautiful makes some postal workers happy, as they comment on them when I mail them off. A bit of fleeting beauty in their day. When at the post office, I like to put a lot of different postage stamps on larger mailings that need more postage than one stamp. Sometimes the postal workers don’t like that they have to do this, that they can’t just put a meter label on it and be done, but I don’t care, I make them participate in helping me create the love bomb to be mailed.

Letters make so many people happy. I have written SO many letters, friends have saved my letters, boxes of letters from High School, etc. I used to write about four letters a day. Most of my good writing has been sent to other people, with no copies on my part. Poof, gone.

The late great animator, Helen Hill, had a practice of writing one postcard every day. I think I would like to do this, but haven’t gotten there yet.

Figuring out what size these should be was a challenge, as my head had these images being able to be seen big, like billboard size BIG! Haha, and all of a sudden I was thinking about making them much smaller. Josh and Niko, from The Portland Stamp Company, and I went back and forth a few times on sizes. I was in New Mexico at the time, so mock up stamps would arrive in the mail for me to gander at. And then there was the idea of a folder for them. I”m really happy with the size of the stamps and the little folder for them, with the “OUT THERE” words being just on the edge of the precipice of the folder itself, ready to cross the border.

I made this art specifically for a show that May Barruel
awarded me, a 2020 Stumptown Artists Fellowship Show, in their cavernous, beautiful space in downtown Portland. The show was also funded in part by a grant from the Oregon Arts Commission and The Ford Family Foundation. The images were printed on silk and most of them were 4′ x 6′. There also was a lithograph, “disperse,” that I made at a residency at Crow’s Shadow Institute of the Arts in 2019. While I was at Crow’s Shadow, Judith Baumann, the Master Printer that I worked with, introduced me to new sorts of mark making, and I used some of what I learned there in making these images. I made some of these images while I was at a residency at the Ucross Foundation in Ucross, Wyoming in 2019, specifically for this show. Out There reflects the raw beauty of its subjects: the native wildlife of the Wyoming’s High Plains and Eastern Oregon’s High Desert. The forms of skulking wolves are based on actual wolves on the Umatilla Reservation, spotted in footage from trail cams and shared with me by the wildlife technician Iosefa Taula, who works for the Confederated Tribes of the Umatilla Indian Reservation. The animals are silhouetted in negative space, but their habitat lives inside them; their bodies contain textural indications of flowing waterways and craggy topography.

Hold value dear for wit, I think.
though cost they less than meat or drink
they make the maidens fuck like mink.”
—National Lampoon 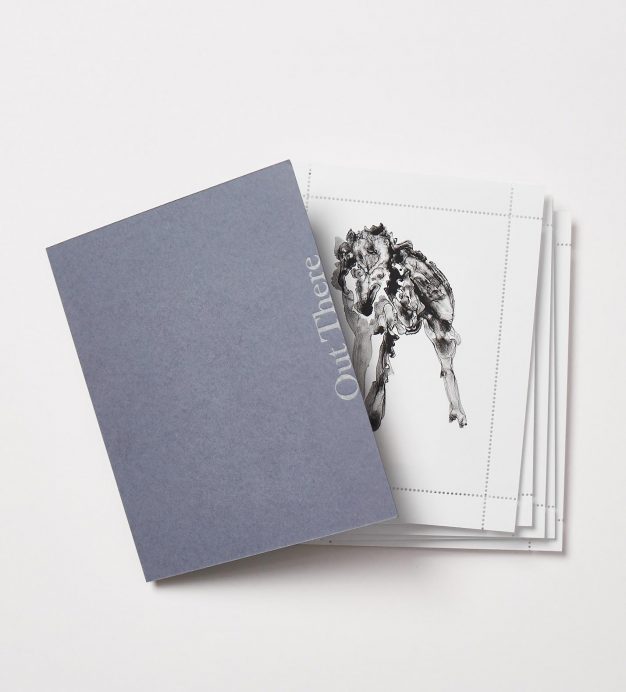 Suite of 5 digital offset prints with spot varnish, 4.25 x 5.5” sheets with one stamp each, in a signed letterpress folder. 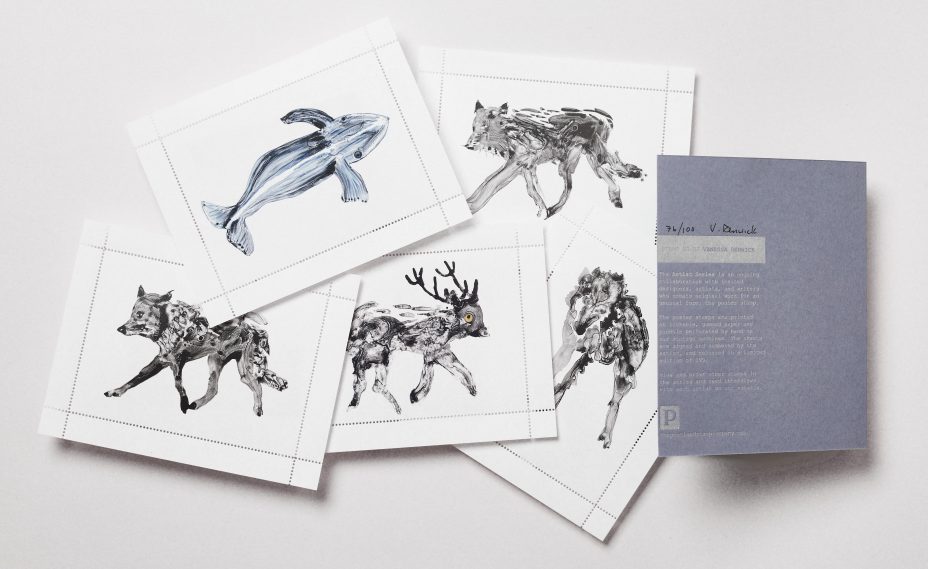 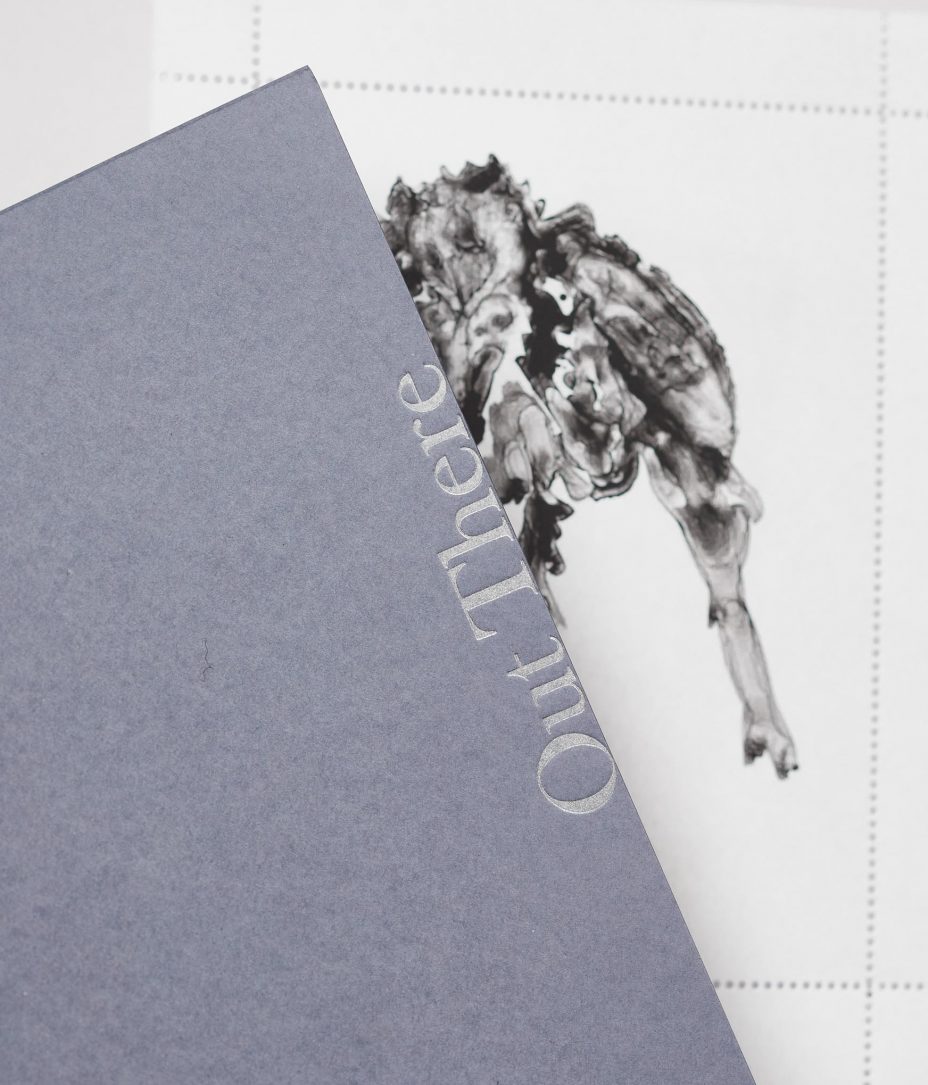 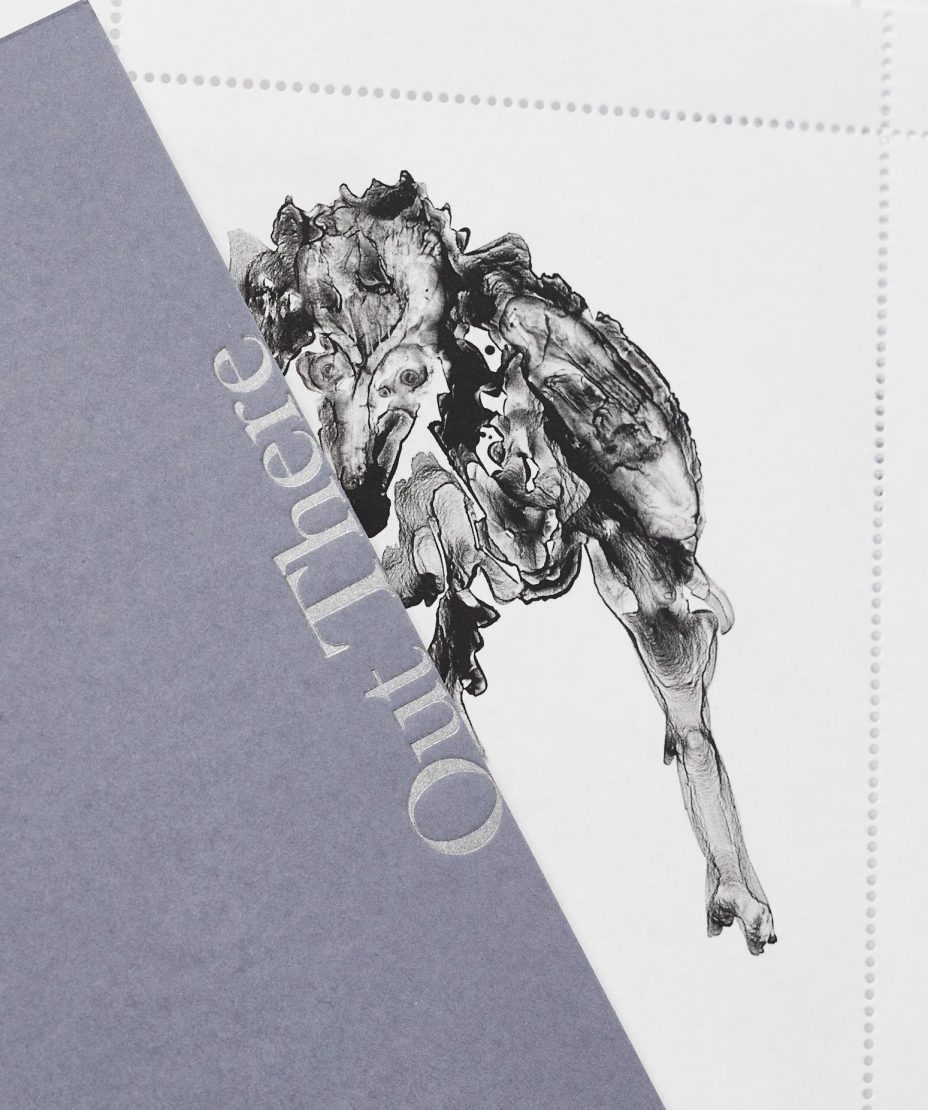