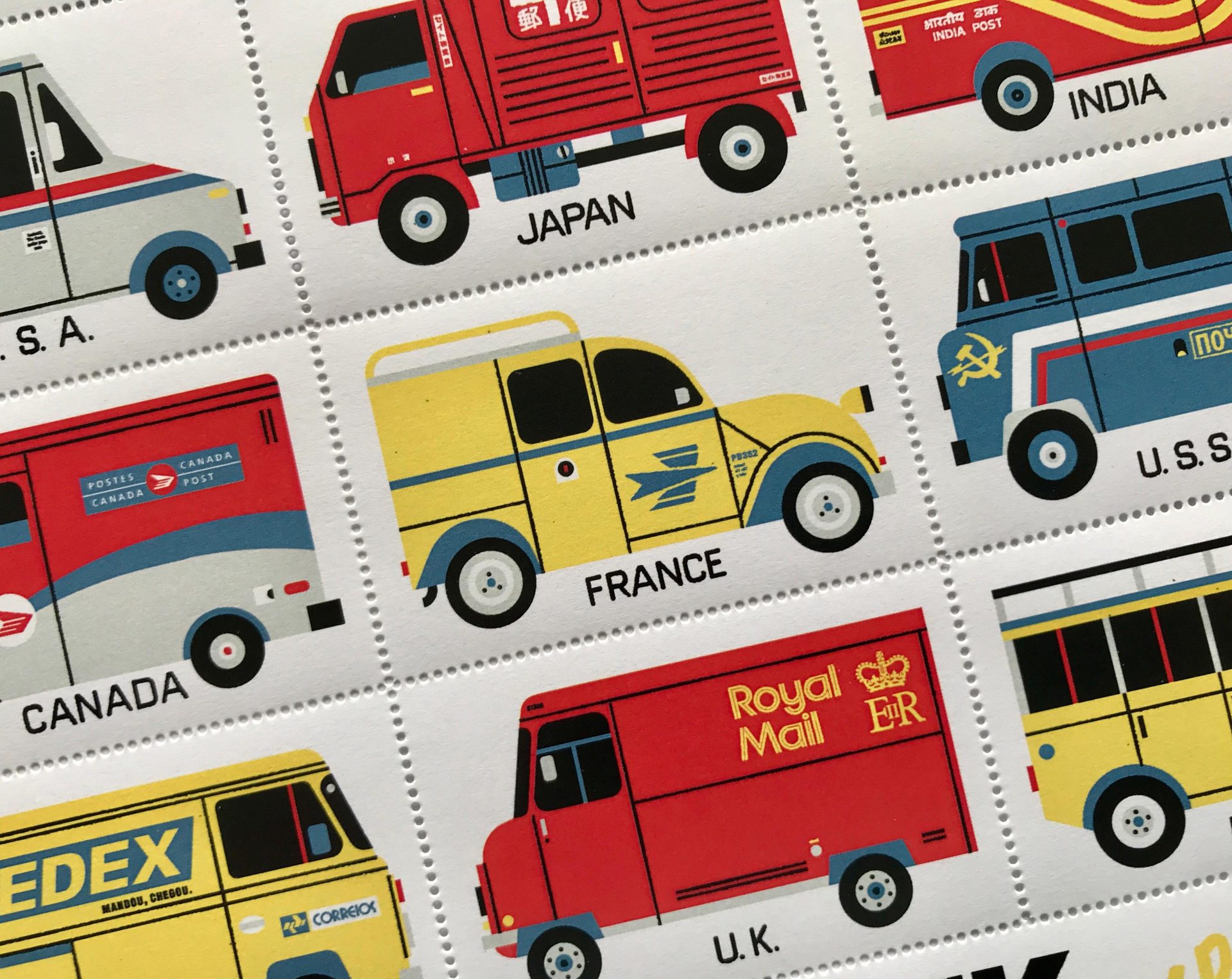 Raymond Biesinger is a Montréal-based illustrator and artist who spent a couple decades neck-deep in editorial and commercial work before finding he could make things for himself, too. He reached out to us on Instagram and asked about collaborating and we are so glad he did.

Raymond is interested in all types of local and world history, which he shines a light on through his unique illustration process. Subjects range from lost buildings to a pictorial mapping of Canadian music venues from 1867-present.

I have had two “nibbles” over the years, where design studios have hired me to work on potential Canada Post postage, neither of which have turned into a real stamp. I have, though, always loved making tiny fake stamps to fill out concepts in illustrations—most of which end up involving Queen Elizabeth II in a very, very simplified form. Anyway, it was a joy to be able to decide my own theme on this stamp set, and also so much more satisfying than just making micro-sized postage buried in an illustration about something else.

With the Mail Truck Expo, the main challenge was discovering what a plausible set of mail van colour schemes and paint jobs would look like in 1987, and also deciding who would participate. So, the Canada Post truck made sense—they’d just released their modern branding that year, and they’d want to show it off. Nigeria’s Nipost was just formed that year, and clearly they’d want to impress. In other instances things were more challenging—there is little to no documentation of what a Soviet mail truck looked like in 1987, but through research about Soviet trucking in-general I think I made a fine educated guess about what they looked like. The only example of a Yugoslav mail truck I could find was on a Yugoslav postage stamp, which I found pretty meta. And the US truck is actually a mix of the Grumman LLV trucks (introduced in 1987) and paint scheme (white with red and blue stripes) and the older and in-my-opinion more impressive pre-1987 US Mail logo. So, everything is “real” there, but it’s more a pastiche of my favourite US Mail aesthetics.

See above. Oh, and the “1987 Portland International Mail Truck Expo” is something I fully invented.

Not really, other than me being thrilled about this set. And 1987 was a great year for mail trucks! 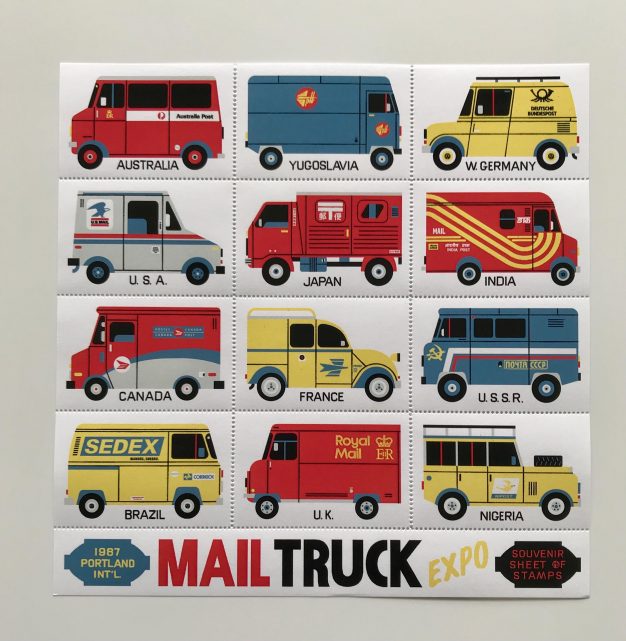 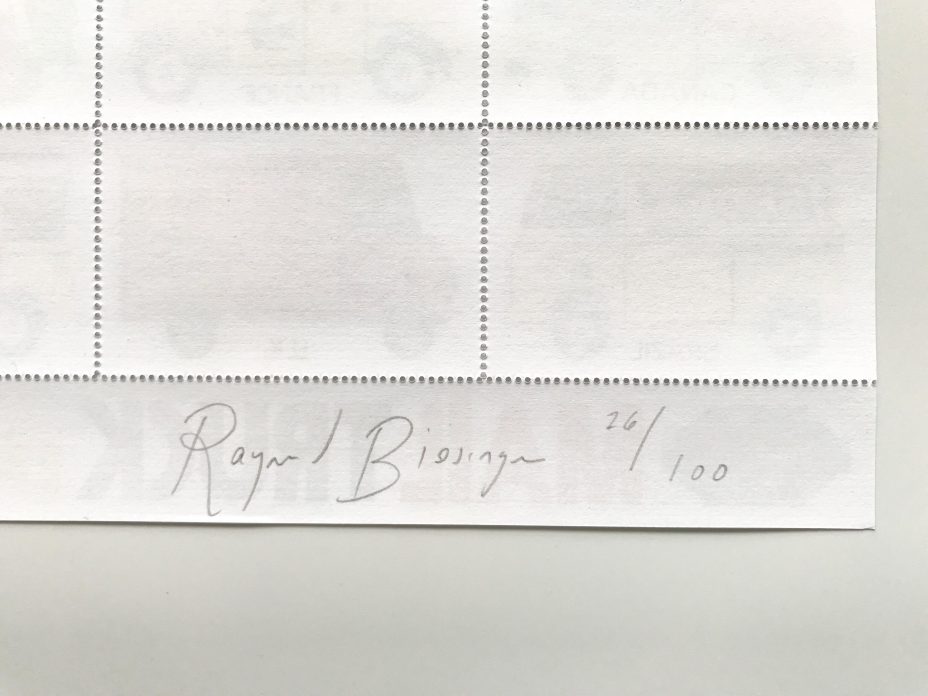 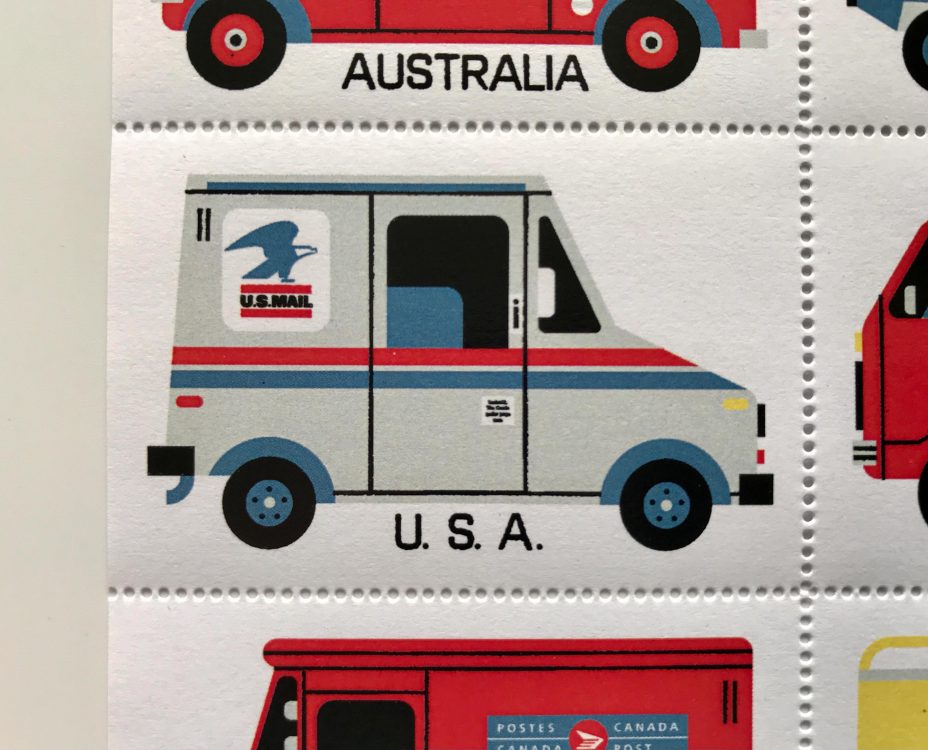 Each sheet is signed on the back, our second artist to do that!

Who was the first you might ask? Kentaro Okawara, Artist Series No. 4.