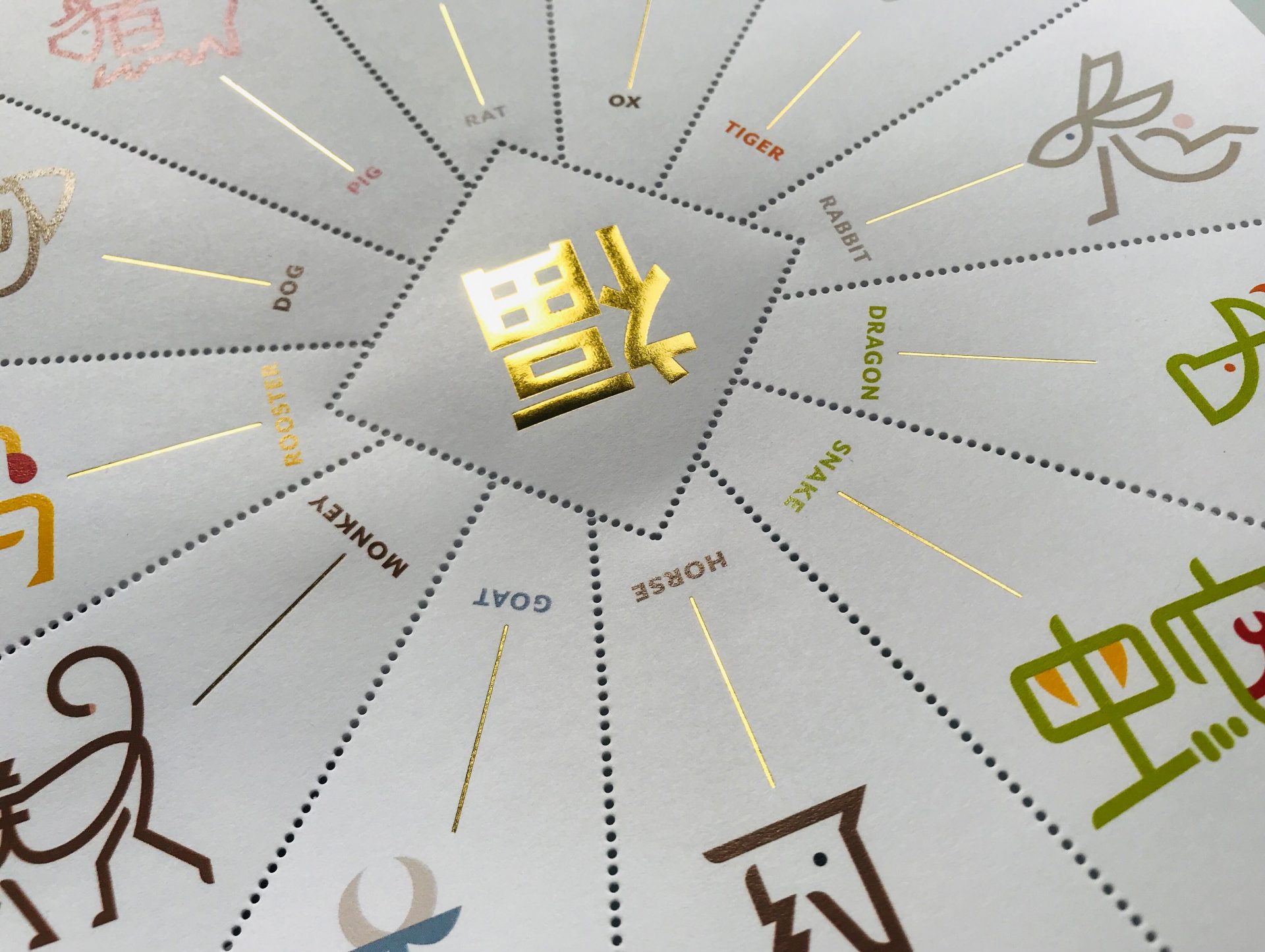 Hope is a visual artist whose primary discipline is the letterform. Following a long career as a graphic designer, she is now exploring the boundaries of our written language through Monogram Project and TEXT/TILE Studio. Hope lives and works in San Francisco, CA. Her sheet celebrating the Chinese Zodiac was launched on Chinese New Year in the Year of the Rabbit 兔.

First time designing a stamp, hopefully not the last!

It is always a fun challenge to consider (and design) the ways in which people may interact with your work beyond its existence as a 2D object. Stamps require perforation, and with perforation came some limits to what the technique could handle. Originally, I had envisioned a perforated circle in the center of the poster. This proved to be difficult/impossible to execute, but everything came together when I realized we could mimic the diamond-shaped 福 banners that many Chinese people use to decorate their doorways on the holiday.

This modern interpretation of the Chinese zodiac is a not a new project–it began in 2019, as my kids’ Mandarin immersion school asked me to design their lunar new year t-shirts. Every year, the biggest community event at their school is the Chinese New Year celebration. I adore this cultural tradition and I’m ecstatic that my kids will grow up celebrating this holiday as I did. 2019 was the Year of the Pig, and inspiration struck when I found a way to combine the Chinese character for pig (猪) with a graphic/iconic illustration of the animal.

The following year 2020 was the Year of the Rat, and I continued our school’s new tradition of combining the Chinese character for rat (鼠) with a graphic of the animal. The project may very well have taken 12 years to complete, with a new character introduced for each annual stop on the zodiac, but that summer, I was selected for an Adobe Creative Residency, which allowed me to work on a project of my choice. I was able to complete the rest of the zodiac characters AND research the personality archetypes represented by each animal (if you see me in person, I’ll happily tell you all about your Chinese zodiac sign).

Just a note about language: If you are not familiar with Chinese, it may be surprising to discover that the written language is the same across all dialects, including Mandarin, Cantonese, Shanghainese, etc.—the character is just pronounced differently based on the dialect. There are two versions of the written language, however: Traditional and Simplified characters. This is somewhat analogous to roman characters vs. script in English. Traditional characters have been in use for thousands of years and evolved from pictographic roots: a graphic drawing of a pig maturing into the character 猪 many hundreds of years later. Simplified Chinese is a further abstraction of traditional characters, a development bemoaned by some (like my father) who feel that a rich history is lost when moving further and further away from these pictographic roots. 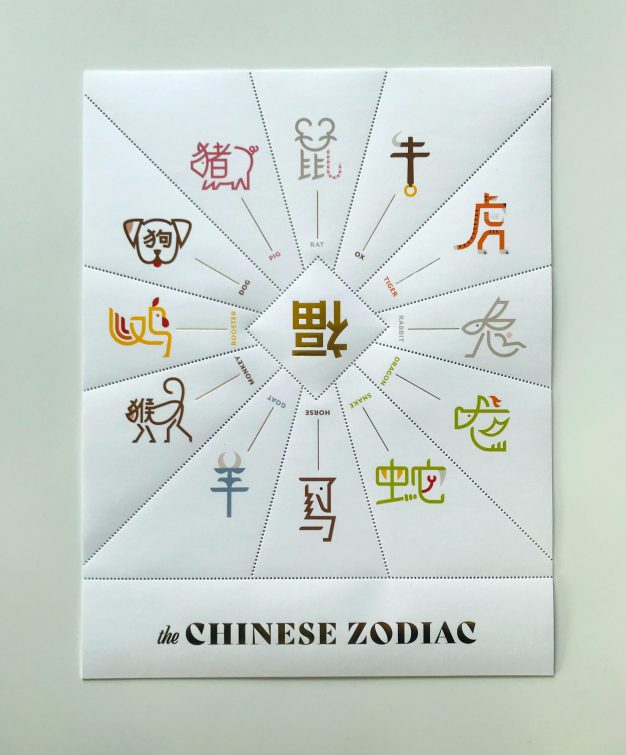