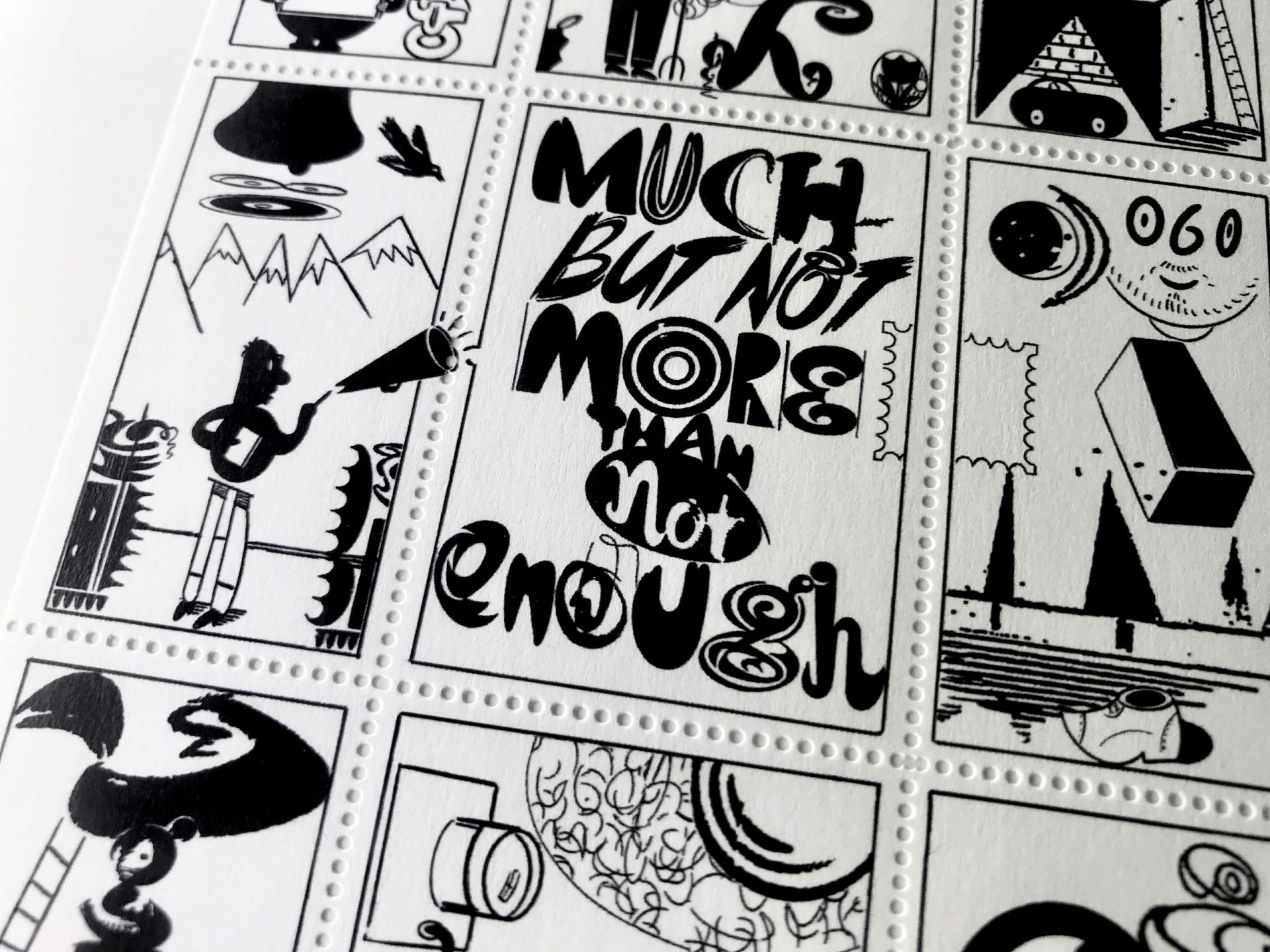 Ed Fella is a former commercial artist and professional graphic designer who practiced for 30 years in Detroit. After receiving his MFA from Cranbrook in 1987, he taught in the graduate Graphic Design program at CalArts in Los Angeles for another 30 years.

Fella is currently a Professor Emeritus at CalArts. He continues working on campus in his studio as an “exit-level designer” on a wide-ranging series of his own idiosyncratic projects that stubbornly resist categorization although they freely partake in the conventions of typography, photography, illustration and fine art.

Yes, I’ve designed lots of “fake” stamps on my flyers over the years.

How was this different? 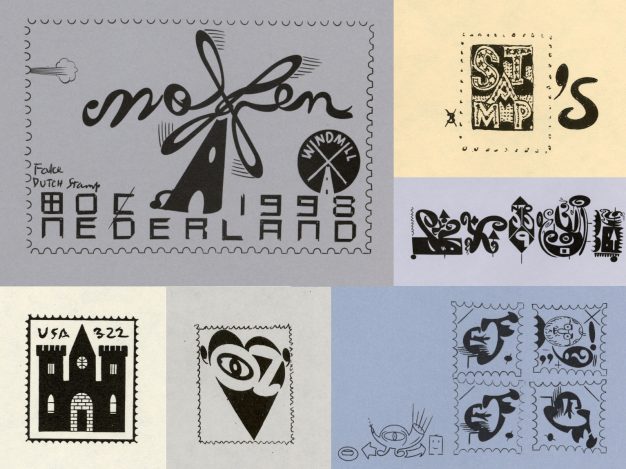 How wonderfully “heavy theory” postmodern 90s is that? A form of exit-level, 80-year-old designer, practice! By the way that guy with the megaphone is a caricature of me speaking through it with a pen … I should start using it as a logotype!

I love posting my work and seeing it on a desktop computer. I probably check into my blogs more than anyone else so I can admire how rich the large backlit digital screen makes them look … kind of like framing everything and putting it under glass! 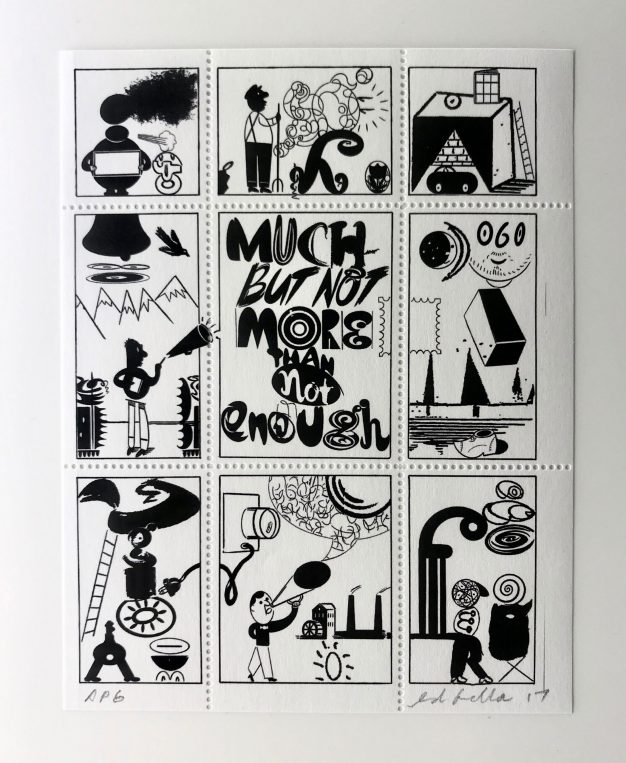