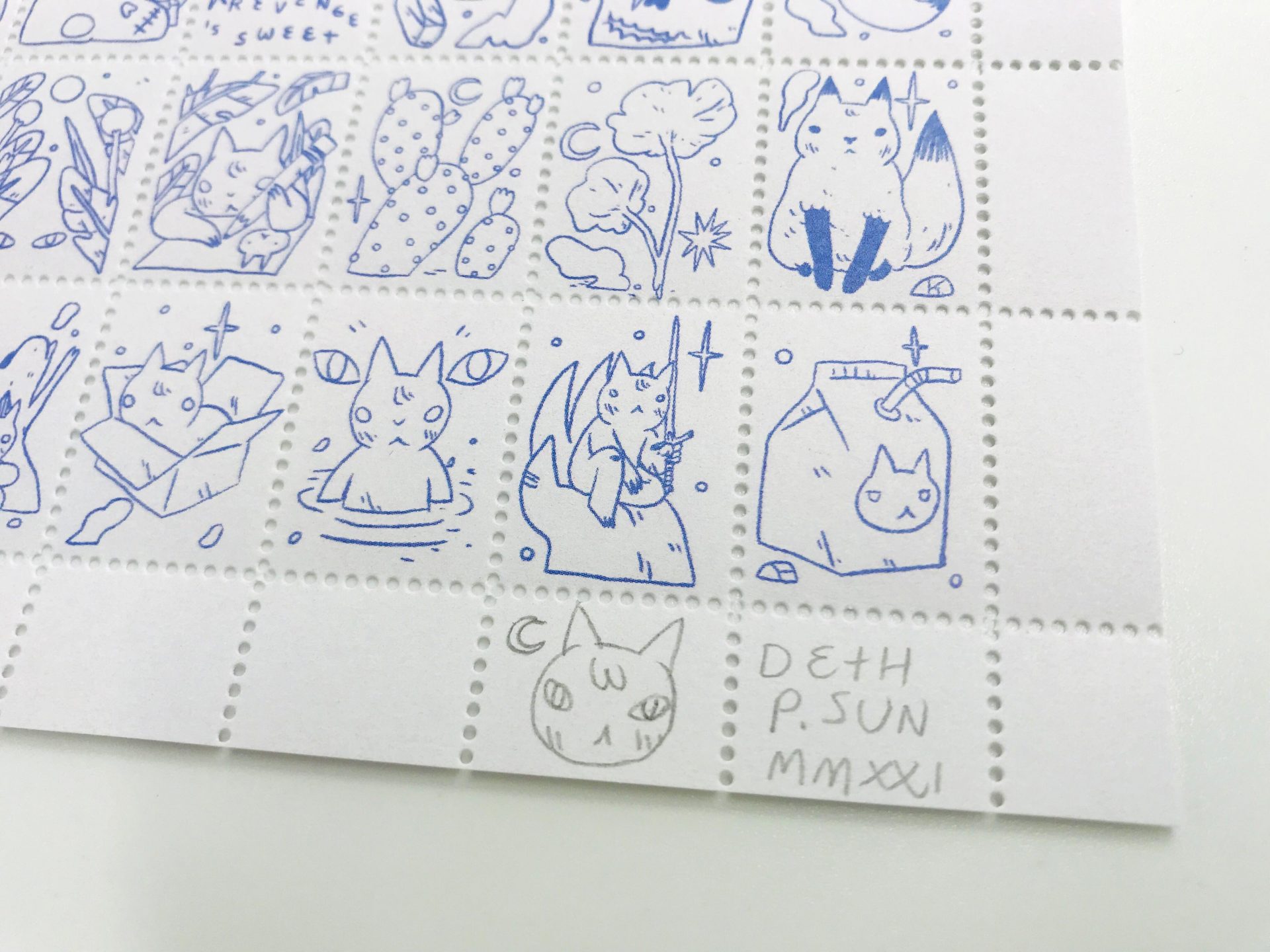 Deth P. Sun is an artist currently residing in Ft. Bragg, California, a small coastal town located three hours north of San Francisco. He received his BFA from the California College of the Arts in painting and drawing. Our eyes were glued to the screen, entranced, as he drew on a page of our Small Lick & Stick stamps. As soon as we came to, we invited him to create a signed edition as part of our Artist Series. Happily, he said yes! Each sheet even comes with a unique drawing next to the signature.

Only for rubber stamps. I don’t know if that counts.

It totally counts! But different than these. What was the most interesting or fun aspect of designing a poster stamp? What unique challenges did it present?

Oh, I just tried to make the drawing consistent, but not repetitive. If anyone should want to break it apart I hope there is a weak spot of uninteresting stuff. I also hope folks feel like they can break it apart. I once got a package from India where two-thirds of it was covered in one stamp sheet and it did look pretty cool when I finally got it off on it’s own.

My friends gave me your small blank stamp sheets as a gift, so I drew on a sheet to show them that I appreciated the gesture. I got a pen that had a fine tip and then I drew whatever came to mind. It was kinda mindless. After you’d asked if I wanted to participate in your Artist Series project, I decided I would redraw everything digitally for this sheet.

Thanks for wanting to doing a project with me. I grew up having pen pals and actually collected stamps when I was younger.

Can you tell us a bit more about your stamp collecting?

My first pen friend was from the UK and I would sometimes forge stamps to see if I could get away with it. Kids have a lot of free time. Most of the stamps I was interested in were from defunct places, like Czechoslovakia, Yugoslavia, the USSR, Belgium Congo, Hong Kong or any other former British holdings. But most of the ones I got were in exchange with my pen pals who were in Turkey, France, Egypt and the UK. I tried getting a pen pal from Asia but I think they’d get disappointed that I was Asian-American so they’d never write back.

When I got into zines, it was kind of the same thing where you have to send stuff out all the time and some of the folks I was trading with would also be collecting stamps so my collection sort of grew exponentially and more exotic from zine folks exchanging stamps with me.

I don’t know if any of that influenced my drawing for this project, but because I sell stuff online I have to package things for others so I think a lot about how and what I’m sending out to the world.

We had so much fun working with Deth on the signed Artist Edition we decided to release an open edition version titled “Creatures” with unused drawings that he made during the Artist Edition process. 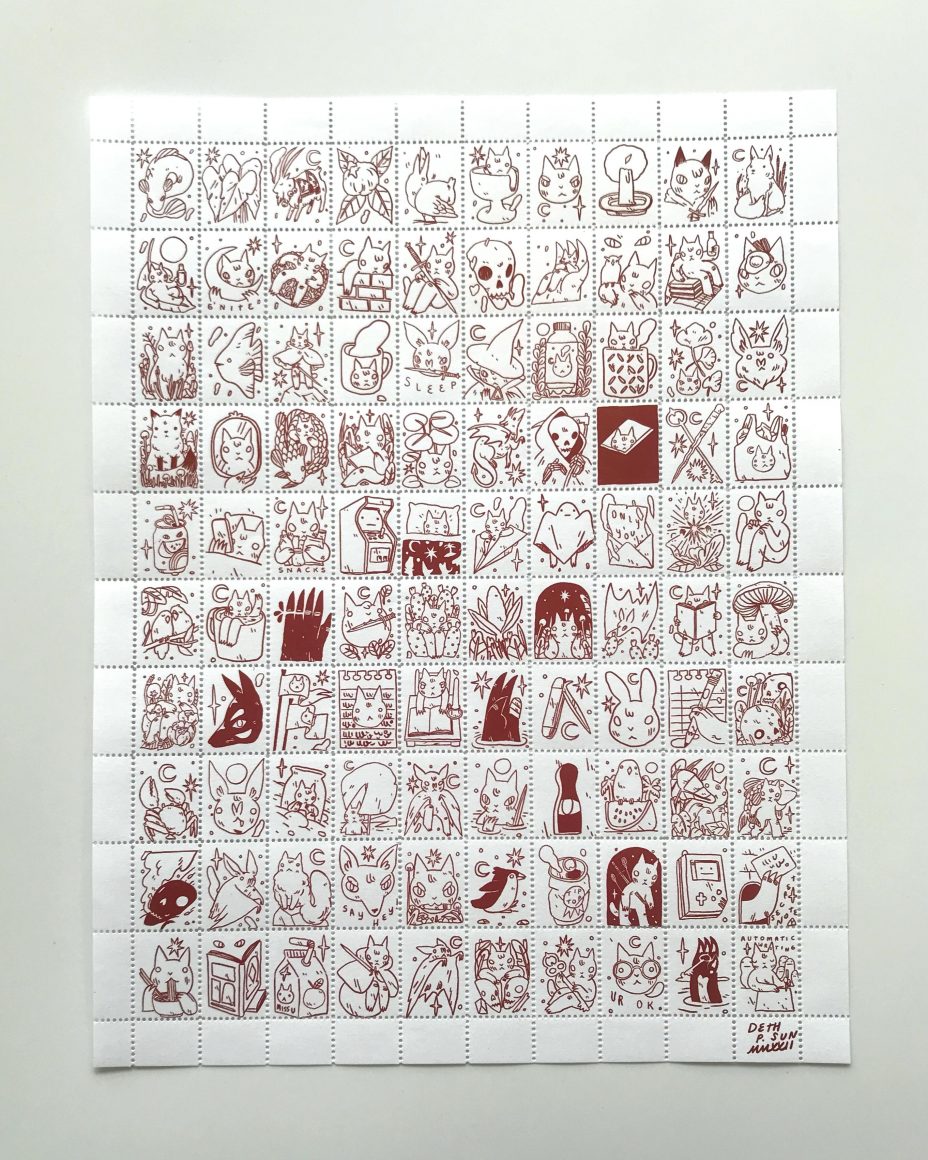